THE INCEPTION PHASE OF USAID-EDC PROJECT WITH TUA

You are here: Home / Community / THE INCEPTION PHASE OF USAID-EDC PROJECT WITH TUA

THE INCEPTION PHASE OF USAID-EDC PROJECT WITH TUA 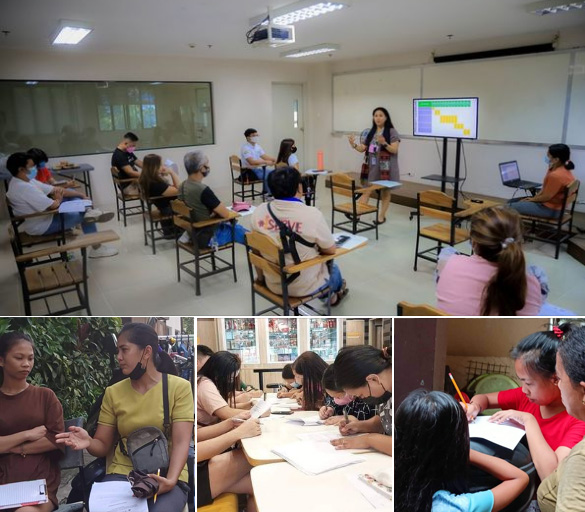 The project, “Youth Empowerment Sessions (YES) for Change and Development of Out of School Youth (OSY’s): Engaging the Youth for Leadership and Development in Selected Barangays in Quezon City” formally started in July 1, 2022 in its social preparation phase.

In this phase, the TUA project team together with the leaders in the four (4) partner communities, started the coordination tasks to be able to work on the activities needed to implement and work for deliverables. Also, the USAID-EDC Team conducted a comprehensive orientation about the project details and deliverables as well as possible collaborative work with the Quezon-City Youth Development Council.

From July to August, the final list of the activities for one year as discussed with all project stakeholders is finalized and approved by the Sangguniang Kabataan officials and members as well as the Local Government officials and representatives of Barangay Damayang Lagi, Kalusugan, Tatalon and Roxas after a formal meeting
is held.

In the month of September, an official signing of the Memorandum of Agreement is held between Trinity University of Asia and the partner communities. It was also during this month that the Institutional Ethics Research Committee (IERC) of TUA approved the project research protocol.

Consequently, the project leader and the monitoring and evaluation officer worked closely with the youth leaders and volunteers in the identification and selection of the Out of School (OSY) participants which became one of the challenging tasks in the initial phase of the project implementation.