From Film to Reality: Critical Perspectives of the Film ‘Contagion’ (2011) during the COVID-19 Pandemic

You are here: Home / College News / From Film to Reality: Critical Perspectives of the Film ‘Contagion’ (20...

From Film to Reality: Critical Perspectives of the Film ‘Contagion’ (2011) during the COVID-19 Pandemic 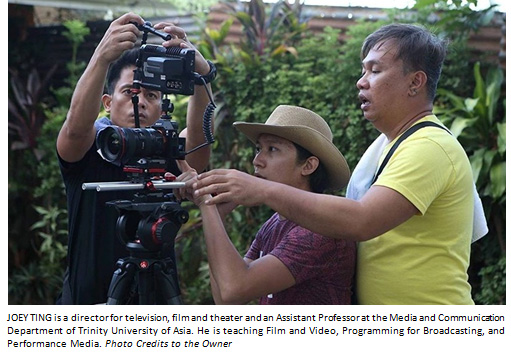 FILM REVIEW by Joey Ting—The turn from the industrial to information age is definitely a big leap. Having introduced the concepts of technological advancements, media digitization, massive information transference among many other crucial innovations and developments, films are considered to be a potent force if not the only moving art that could be digitized and preserved cinematically of this period. One of the more significant properties of film these days is otherwise known as the story. How does one explain ‘medical crisis’ to people? What causes it? What cures it? The premise of these multiple plots has evolved around the beginning discovery of unknown novel virus MEV-1 which eventually determines to be a bat-borne virus and pigs as conduits at the Center for Disease Control and Prevention (CDC). The coronaviruses attack severe acute respiratory syndrome (SARS CoV) and severe acute respiratory syndrome coronavirus 2 (SARS CoV-2) of those who were affected by its origin seen at the end of the film. From Hong Kong, in a well-lit and crowded casino, Beth Emhoff (Paltrow) has been infected by the strain of the virus. As she returns back in Minneapolis to her family, she produces colds, dry coughs, rashes, high-fever and the unexpected seizures in a span of hours. Mitch Emhoff (Damon), also symbolical character of a common man, rushes his wife immediately at the hospital after he sees the saliva-spitting very similar to contusions. Doctors and nurses rapidly attend to Beth as she continuously experienced non-stop seizures until her death. Surgeons have examined the cause of it by peeling off the skin of her back head as autopsy death verification. While this whole chunk is happening, another incident of a cameo Japanese executive character has suffered the same symptoms similar to Beth and many incidental characters, not realistically connected, have similar cases. The CDC experts are seen in montage reporting of such random incidents including the death of Beth which would call for a pandemic virus outbreak. More characters are introduced. Dr. Leonora Orantes (Cotillard) plays a central character in the film where she represents the World Health Organization (WHO) finding out the host of this virus, hostaged and freed in the end from HK.  Dr. Ellis Cheever (Fishburne), a physician, sees the outbreak as a means to an end and orders everyone else in the CDC to capture the cause of such symptoms as he personally deals with his soon-to-be wife (Lathan) asking not to reveal to others the consequences of all these without the vaccine solution. Alan Krumwiede (Law) is a self-proclaimed journalist-blogger spreading false information causing panic to his viewers. Having been classified as a conspiracy theorist, his thinking expressing renunciation from the CDCs. He becomes the conscience of these doctors, believing in ‘disinformation’ of random speculations from the health organizations. Dr. Erin Mears (Winslet), also has caused herself a victim to the virus, is an epidemiologist-officer from the 1951 established Epidemic Intelligence Service (EIS) of the biological warfare in the previous Korean War. She frantically but bravely discovers herself infected from the virus while she performs her duties in the virus-infected parameters. Simultaneously, the outbreak has brought other characters on the ground in the film. Dr. Ally Hextall (Ehle) is a research scientist who has helped find a vaccine at the Center for Disease Control and Prevention, Rear Admiral Lyle Haggerty (Cranston), also from US Public Health Service Commissioned Corps, HK government officer Sun Feng (Hang) and CDC Custodian and a friend of Dr. Cheever, Roger (Hawkes) have been added to the multi-narratives and multi-plot-centered characters in the virus-massive killing saga of an animal-origin. The film ends with a founded vaccine where sequential select-few has been picked through a lottery of birthdates. Finally, at the last few frames, the film depicts how the infection has spread out from the bats-borne virus to pigs to cooks to waiters to guests and the infinite display of contagion develops alarmingly until the last.

In the case of local marginalized set-ups, Philippine cities have warranted strict implementation of the term coined as Extreme Community Quarantine (ECQ), a soft-termed lockdown while in search for the absolute vaccine and some alternative medications such as in the film’s ‘forsythia’ which can cure the virus. Though the Local Government Units (LGUs) control the limited movement of their constituents, the crowding of people has seen publicly over a media news report the congregation at the wet markets, groceries, food bakeries, drugstores among other substantial food markets. For 135 days or so seen in the film, the solution vaccine, whether for antibodies or anti-infection, has been detected nearly more than three months of waiting. The idleness of the people, in so far as the medical experiments are concerned, has been approximately measured within the 135-day observation, symbolically identical to the film’s timeline. Anxiety, depression, reduced interest in creativity, loss of appetite in studies, sadness, idleness, insights on absurdity and dead-end home routines have established negligence in promoting objectivity rather than the more emotional, subjective views of human experiences against the virus.

Over nearly three decades and in a period of information, science communication has become more established as a subject of teaching and research in universities across the world. The nature of it, being extrapolated further in the study of the novel coronavirus 2019 (CoViD-19), concurrently gives us hope through an informed nation such as the Philippines. Like in the film ‘Contagion’, the setting has paralleled the beginning of the CoViD-19 outbreak. Symptoms of sudden intermittent coughing and sneezing conjoined with high-temperature that causes fever and short of breathing are detected to be the characteristic traits of the virus indicators. While the scenes in the film have made it more thrilling especially in the case of Beth’s sudden seizures and saliva extractions and its quick manifestations of the virus, many of our countrymen have suffered severe weakling of lungs that leads to serious case of pneumonia. Speculations relative to pneumonia could be, as stated in the film, meningitis (an acute inflammation of the protective membranes covering the brain and spinal cord, known collectively as the meninges) and/or encephalitis (an inflammation of the brain). As the film excitingly progresses initially hiding the virus outbreak in public, while the Pinoys are put into an Extreme Community Quarantine (ECQ) provisioned by the Philippine Pres. Rodrigo Duterte’s speech on March 16, 2020 – number of days before the confused and premature knowledge of the pandemic, the internet through the various social media platforms easily spread out the disinformation of fake news and catastrophic information that led to more complex phenomenological attributes of the virus, as synonymous to the blog of Krumwiede.

With the aid of science experts in public communication, as seen in the film through a series of press corps and as seen in our daily news from Philippines’ Department of Health (DOH) officials’ conference to the public, clarifications on what to do and medical bulletin updates of recovered, death and probable cases of the affected virus statistics and a ladder-system to fight the infectious disease from the self-imposed home quarantine, the motion to include in the ASEAN-integrated undergraduate curriculum track courses under highly-specialized Media and Communication Departments (2018) of universities and colleges in the tertiary level are implemented. Subject courses in the Media and Communication Department of Trinity University of Asia relative to public health like Risk, Disaster & Humanitarian Communication, Science and Health Communication, Social Media Communication, Political Economy of Communication are offered to be utilized for possible collaboration from other interdisciplinary strands in Health, Medicine, Economics and Business.

The vision of the filmmaker Soderbergh in the film ‘Contagion’ is uncontestably vital and vulnerable as similar in the case of science communication. In the Philippine context, the Inter-Agency Task Force (IATF) to fight the CoViD-19 is an example of both vitality and vulnerability. Because of the diversified agencies called for, their presence and participation have become vital. However, its existence could be vulnerable, short-lived and temporarily-restrained when everything is put to a halt or an end. Higher Education Institutions (HEIs) should continue the existence of it to prevail the continued ally of theory and practice (Clevenger 2019). Moreover, to make it vital for both the professions in media communication and science, scientists and the medical professionals must have appropriate communication training in order to understand fully the sense of immediacy and information transference (2012).

‘Contagion’ (2011) is definitely one significant film that must be accelerated as a form of science communication study. With close tandem in medical professions, media (film as an example) and communication (performative speech preparation for media coverage of plausible indoctrinating science (scientific jargons as examples) to common understanding must be taken conclusively as allies for a better world convergence. While our current quarantine condition manifests the understanding of mythical realm of cinema to real world, the real world manifests the understanding and relevance of film in clarifying the unseen forces of the virus to an end through a procedural system on what to do and finally, come up with a resolving vaccine.

In conclusion, this CoViD-19 global pandemic for sure has positive turn-outs in life experiences. Science communication is seen as a vital component in the medical and health professions as well as in media and communication industries. An immediate convergence must happen. There must be further studies through research and publication to engage and deal with the promising status of the ongoing theories and practices in science and health communication as poignant forces for solidarity despite the interdisciplinary connections of potential agencies against these invisible enemies in an invisible nearly-apocalyptic war.