You are here: Home / CASE

College of Arts, Sciences and Education

GENERAL DESCRIPTION OF THE COLLEGE OF ARTS, SCIENCES, AND EDUCATION (CASE)

The College of Arts, Sciences and Education with a FAAP Level IV accredited status, endeavors to strengthen the student’s understanding of the accumulated knowledge of humankind, to enable him to cope with its manifold problems and to develop his potential as a humane person and a responsible member of the constantly changing global community. It aims to promote liberal arts education that will empower the students to cope with the demands of culture change and paradigm shift; to provide scientific and technological knowledge that will enable the students to contribute in the innovation and enhancement of human life; to develop experiential learning by engaging students in creative partnership between the college and the community; and to inculcate Christian values that will guide them in the formation of moral, ethical and professional leadership.

MESSAGE FROM THE DEAN
BRIEF HISTORY 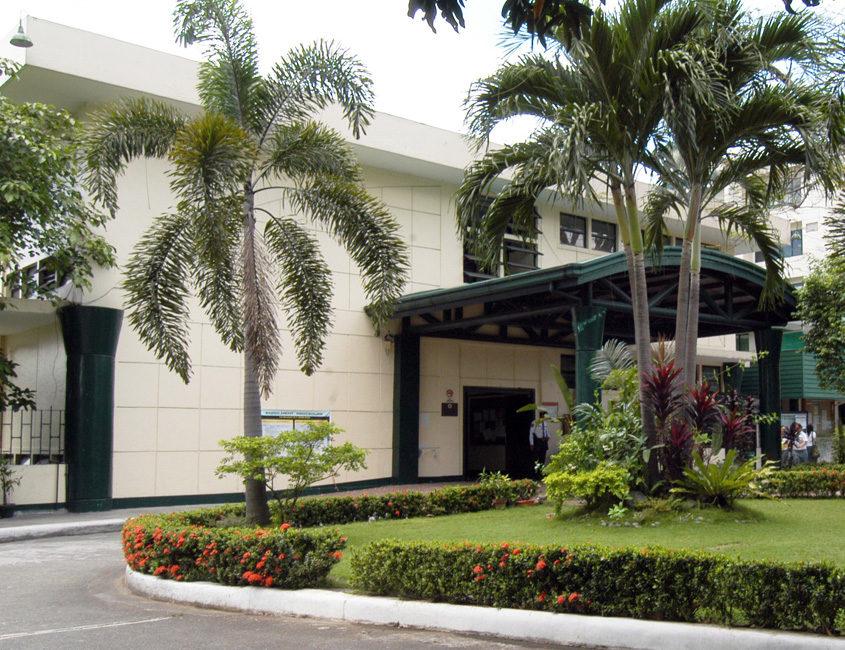 The College of Arts and Sciences was born in 1963.  It is one of the three institutions which offered collegiate courses in the inception of the then Trinity College of Quezon City which was established from the ashes of Capitol City Colleges as a mission school. The College started with one building in its campus at Cathedral Heights, Quezon City in November 1968, the Arts and Sciences Building (now the Lyman C. Ogilby Building).  It was constructed with a grant given by the Netherlands government.

In its opening salvo, the college enlisted students in Classical Associate in Arts preparing them to enter the seminary (St. Andrews Theological Seminary, a sister institution) and those who were intending to take a three-year general nursing course. It paved the way too in harnessing students in Christian Education, Philosophy and English Language

In 2001, some programs were suspended like AB in Philosophy, History, Political Science and BS Mathematics. The English and Filipino majors were shifted to Education majors so as not to compete with the enrolment of the College. The Mass Communication major then offered specializations in Broadcasting and Communication Management.

In 2006, the college handled the ASHE program of the College of Nursing until the new curriculum was implemented in 2008. With the privilege entailed in being accredited Level 3 in 2003, a new course was offered, AB major in Legal Management.

After nurturing the programs in HRM, Tourism and Computer Science, these were turned to become independent colleges in 2006 and 2008 respectively. The Regional Quality Assessment Team granted the CAS permission to offer straight programs for AB Broadcasting, BS Psychology, and BS Biology beginning the school year 2008-2009. Level 4 Accreditation Status, the highest level of program accreditation was granted to the College of Arts and Sciences by the FAAP as endorsed by ACSCU – AAI in 2010.

The CAS is a service unit for the other colleges: Nursing, Medical Technology, Business Administration, (Education), Engineering and Information Sciences, and Hotel and Tourism Management.

The College of Arts, Sciences and Education of Trinity University of Asia is deeply dedicated to the formation and transformation of personalities on the foundation of Christian ideals and principles that will prepare them to become responsible, caring, constructive and critically analytic persons of the local community and the global village.

The College of Arts, Sciences, and Education foresees students who will aspire for academic excellence and attain humanistic values to enable them to cope up in a constantly changing world.

Specifically, the College aims to develop their potential as humane person and responsible member of the world community. 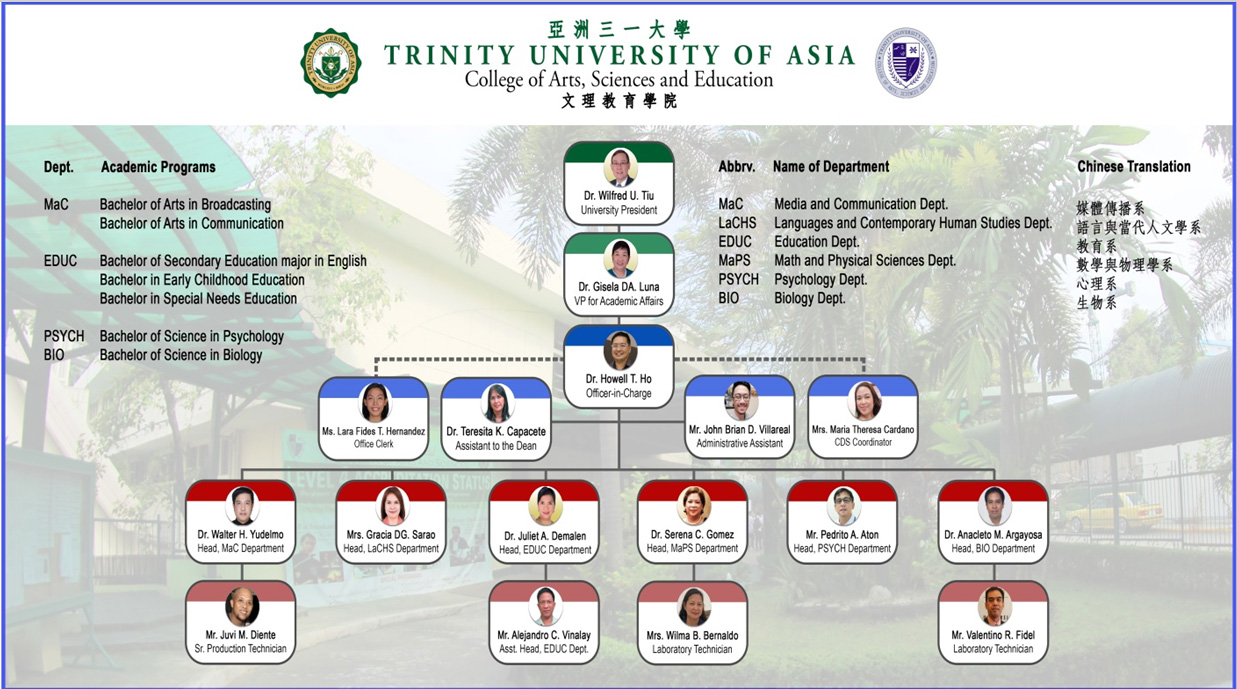